Sorry, could not help with the snarky title. We recently took a vacation to Vietnam and this is a collection of unconnected thoughts and observations about the country and our journey. 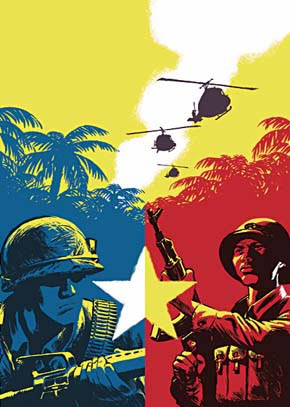 During our travel, we visited Ho Chi Minh City, Da Nang, Hoi An, Hue, Hanoi and Halong Bay. In all these places, infrastructure was amazing, almost on par with western countries. In Hanoi and Ho Chi Minh city, there are abundant parks and public spaces. They are very well maintained too.

There are walking streets everywhere. Most of these are regular streets which get converted to pedestrian only movement during the night. You will spot umpteen eating and drinking options in these streets. These walking streets are not as scandalous as the ones in Thailand.

Food is a big part of the culture, street food is abundant. It is a paradise for non vegetarians, not so much if you are a vegetarian. Noodle soup(Pho) and banh mi are two of the most popular delicacies. Banh mi means bread in Vietnamese, usually it is sold stuffed with veggies and/or meat.  Banh mi is a relic of the French past like our Pav(Vada Pav). There is a version of noodle soup called hot pot which is cooked right on your table which is delicious. People watching seems to be a big thing, lots of cafes lined with chairs facing the street. I am in love with Vietnamese coffee, it is black coffee with condensed milk, tastes amazing.

Vietnamese seem to have a thing for “The North Face”. Fake North Face products abundant on the streets. Giving them company are Nike, Superdry and Under Armour. Adidas, Reebok and Puma are conspicuously absent.

Traffic is chaotic. Two wheelers zipping past everywhere breaking all rules. You can rent two wheelers in all the cities, which we did. There is neither license check nor passport deposit, it is a honour based system. Toyota is everywhere. We checked with a taxi driver as to why Toyota seems to be omnipresent. Since there are so many two wheelers, scratches and skirmishes are common it seems. Hence Vietnamese prefer Toyota which is easy to maintain and spare parts are economically priced.

Communication is a challenge. Google translate was a life saver. It was much easier to just type in translate and show to people.

Vietnam is blessed with abundant water, water bodies everywhere, in cities as well as countryside. From the 60th floor of Lotte tower in Hanoi, we could spot innumerable lakes.

Museums and historical places scream jingoism. Glorification of Vietnamese struggle against the French and Americans seem a bit in your face.

Vietnam seems to be on the path to becoming an economic powerhouse. Signs are everywhere, from the burgeoning constructions to commercial towers competing for the most number of floors title.

Vietnamese are a friendly lot, they try their best to make things happen for you. We have hardly had bad experiences with people apart from a parking attendant in Hanoi who lost his cool due to the language barrier.

All hotels including our room in the cruise had slippers as part of standard accessories which was new. Also, in some of the public toilets, you had to change your footwear to slippers present there, a nice hack to keep the toilets clean.

Indian cinema and tv shows seem to be very popular. Our van driver was glued to Telugu movie scenes on his phone and a taxi driver told us he is a big fan of Hindi movies.

Souvenirs and trinkets are sold everywhere. Propaganda posters are really cool. Vietnamese seem to have a soft corner for Tintin, various posters and fridge magnets of “Tintin in Vietnam” or “Tintin in Saigon”.

Vietnamese seem to love kids, we had three toddlers in our group, they were greeted with chocolates and souvenirs by strangers almost everywhere.

From a cultural perspective, Vietnam and India share a lot in common. Vietnam has a rich cultural past, dating back centuries. In fact, at one point of time, Hinduism was the dominant religion in Vietnam.

While coming back, we took Malindo air. Malindo air was a pleasant surprise, friendly stewards, ample leg room and in flight meals.

When we told people that we are going to Vietnam, all asked us why and we did not have an answer. It was well worth it though.