AWS re:Invent is an annual event hosted by Amazon in Las Vegas. It is a celebration of all things AWS, as well as an opportunity to advance one’s AWS skills and meet the teams behind the various AWS services. 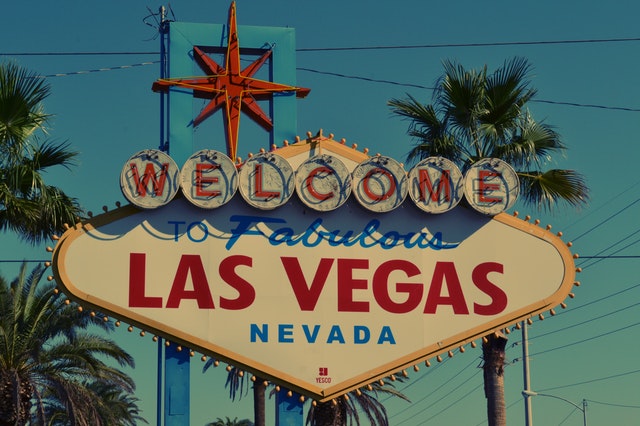 Approximately 65,000 people attended the event this year, and I was one of them thanks to my employer Goibibo. It was a 5-day affair. I have been using AWS since 2012, have seen the platform grow from a couple of services to what it is today, but this was my first time at re:Invent.

The event takes place in multiple hotels(Casinos) on the Las Vegas strip. AWS ties up with the hotels on the strip, which results in discounted rates for the stay. This sweet deal closes as re:Invent nears, so plan your attendance. Staying close to the venues is highly recommended as the day starts early and ends late.

AWS has free shuttles running from these designated hotels to the conference venues. Another reason to stay in the chosen hotels. These shuttles also run between the various conference sites, but it does take time to move from one to the other. Casinos are like a maze; it is easy to get lost. Getting in and out of the casinos to the shuttle parking lot itself takes some practice. By the time you have perfected this art, the conference ends. AWS stations many people in the casinos to guide and help with directions and information, but still, it eats up quite a bit of time.

Umpteen number of tech talks run in parallel in multiple venues at all the hotels. Talks cover a wide variety of subjects: battle stories -victories, defeats, and lessons from AWS users; the internals of AWS services; best practices, and architecture sessions. As AI/ML are the current darlings of the tech world, there was a separate track dedicated to AI/ML.

AWS was heavily promoting serverless; there was a lot of emphasis on serverless throughout the event. Some of the vintage AWS products like SQS, SNS, and DynamoDB have been re-branded under the serverless moniker.

AWS publishes the schedule for the talks in advance. There is a re:Invent app which has all the details of the event. In the app, you can reserve seats for the talks. If you want assured seating, you need to reserve. Sessions do fill up fast, and the reservation closes as re:Invent nears. All talks have a line for the people who have booked in advance and a walk-in queue. Advance bookers get preferential treatment. The walk-in line is at the mercy of seats being empty. There are repeats of the talks on subsequent days. Sessions are also live-streamed; there is a dedicated area for viewing this on the big screen.

If you are serious about attending as many talks as possible, cluster your talks in one venue and then move to the other. Commuting from one place to the other takes time.

Another highlight of re:Invent is the keynotes from AWS stalwarts like Andy Jassy, Verner Vogels, etc. No walk-ins are allowed for the keynotes; you need to reserve your place in advance. Keynote seating fills up fast and closes as re:Invent gets closer.

There is an expo area where all vendor companies set up stalls and market their products with demos, brochures, and goodies. Expo is a fantastic opportunity to get a glimpse of all the tools available in the market today. The landscape this year was broadly divided into – APMs, logging solutions, and security products; data lake, data visualization, ETL, data warehouses, and data governance tools; SRE and DevOps tools. Even though AI/ML was the buzzword in all of these, surprisingly, there were not too many products catering to AI/ML specifically.

Vendors host multiple after-parties at various bars, restaurants, and nightclubs. One such event was the Sumo slam – Sumo wrestling match organized by Sumo Logic in association with other companies. The venue for Sumo Slam was Omnia, a prominent night club in Vegas.

There are multiple hands-on sessions where you can hone your AWS skills and also earn AWS certifications. There were deep racer league matches too, which I was keen to attend but could not.

The primary venue has a festive atmosphere throughout the conference days – DJs spinning out EDM and live bands performing. There was a mechanical bull ride to test your cowboy skills.

The closing party was massive and held in the Las Vegas festival grounds. It had multiple tents for different kinds of music. There was a venue for dodgeball and another site for other fun games. The EDM stage with the pulsating light show was fantastic. Thankfully, there were plenty of vegetarian options and a good selection of drinks. The highlight was a drone show organized by Intel. After witnessing the show, I believe we are not far from a future where an army of synchronized pulsating drones will replace fireworks.

It was an enjoyable week of broadening my horizon while having loads of fun. Amazon has done a fantastic job in organizing the event.

View all posts by abhirama